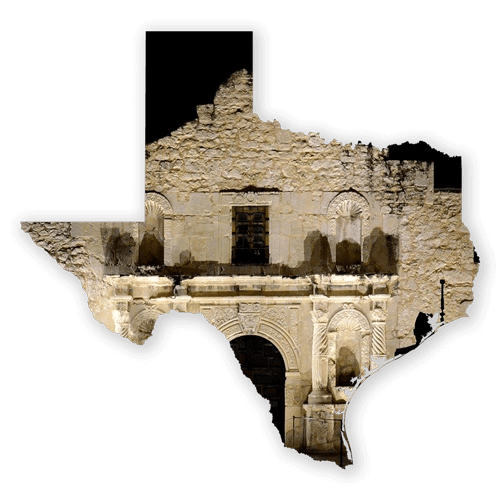 In 2002, the Texas legislature approved energy deregulation – paving the way for a competitive energy market. As a deregulated electricity market, the state’s retail energy companies would need to compete - against each other - for the millions of Texas residential and business customers. The goal of a deregulated, or competitive energy market, is to give the power to choose to the consumer – which forced San Antonio electricity providers to be more efficient and lower costs – and offer improved customer service and lower rates to their customers. Going forward, the home and business customers of energy suppliers would have the ability to switch to a new energy provider (at the end of each contract) to maintain the advantage of the deregulated market.

For small and medium-sized businesses to larger corporations, the deregulated market in Texas has flourished in the new era of competition. Today, every home and business can compare energy plans from top energy suppliers and shop for the best rate available – and then make the switch.

In an analysis of the energy data, most businesses can effectively reduce their monthly electricity costs by pro-actively researching providers and switching energy plans every 12 to 24 months.

If you are a business in the deregulated energy market of San Antonio, Texas, you now have the power to choose your electricity supplier and your rate. To compete for your business, energy suppliers are forced to be more efficient, as well as offer customer-centric business energy plans with competitive energy rates.

Even though you have the power to choose, it can still be a daunting task. In each specific zip code, today’s commercial customer will have hundreds of plans from over 25 different energy suppliers to choose from. And although the intended result of deregulation was to lower prices for small businesses, medium businesses and larger enterprise-level businesses, it’s not that simple. In many cases, comparing energy plans is still confusing due to the sheer number of plans available, promotional rates that are not apples-to-apples and the legal fine print that details fees and penalties.

Commercial energy customers can maintain control over the process by reviewing their monthly usage and average monthly electricity bill. A good rule of thumb to follow based on the amount of the monthly bill.

If your average business electricity bill is under $500 per month, then you can get a very good energy rate for your business through a simple online comparison of energy rates.

If your average commercial electricity bill is over $500 per month, then you will most likely get a more competitive energy rate through the custom energy quote process. The custom process is exactly that – by providing basic business information, energy usage and submitting a recent electricity bill – EnergyBot can leverage partnerships with suppliers to work on your behalf and secure the best energy rate for your business. Although it will take more time to complete, the custom quote process may deliver a lower energy rate that will add up to big savings for your business.

For San Antonio businesses, researching San Antonio energy rates and switching to a new electricity plan can be time-consuming and frustrating. EnergyBot is built to make energy simple and help businesses find the best electricity rate quickly and easily.

Along with saving time, EnergyBot also helps businesses cut energy costs by 15%. As a pure online company, we eliminate the costly overhead fees and sales commissions that are associated with third party energy brokers. The days of paying too much for electricity is over. EnergyBot is committed to giving you a real choice.

Enter your zip code at the top of this page and you can quickly see plans from the top San Antonio electric companies. For even better pricing use our data linking tool to pull in your historic usage from your utility.

San Antonio energy providers offer rates and plans with a range of options and terms. While you will see many types of plans for the most part they are in two categories: fixed-rate and variable rate.

Best known for being the home of The Alamo, the most popular tourist destination in Texas, San Antonio is a very diverse community that prides itself on its mix of ethnicity, laid back style, NBA Champion San Antonio Spurs and of course, the famous Downtown River Walk, a meandering path alongside the San Antonio River that is lined with numerous shops, bars, and restaurants.

The 2.7 million small businesses in the state of Texas employ over 4.74 million people and added nearly 95,000 net new jobs, according to the latest SBA Small Business Profile. The economic growth in Texas has remained strong as the unemployment rate dropped from 4.1% to 3.8% in 2019.

Ranked in the Top 50 "Best Places for Business and Careers" by Forbes magazine, San Antonio is the headquarters to 6 Fortune 500 companies, including Valero Energy, Andeavor, USAA, iHeartMedia, NuStar Energy, and CST Brands, Inc.

Overall, the city of San Antonio has a diversified economy with a gross domestic product (GDP) of nearly $100 billion – ranking the city fourth in Texas and 38th in the United States.

With a long history in multiple industries, San Antonio's economy focuses primarily on military, health care, government-civil service, financial services, oil and gas, and tourism. In specific, San Antonio’s hosts the largest concentration of military bases in the U.S. and coupled with the defense industry, employs nearly 90,000 people and provides a $5.25 billion impact to the city's economy.