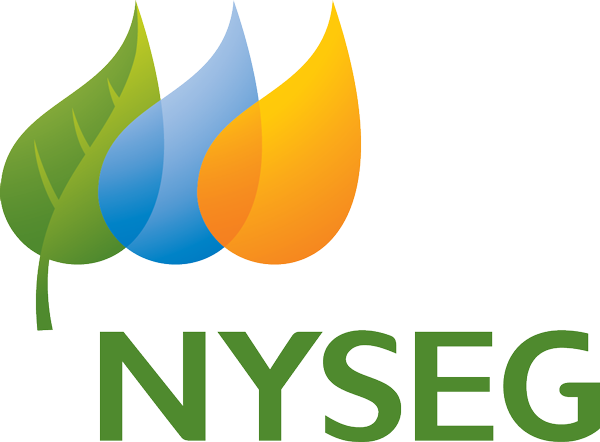 NYSEG is a subsidiary of Avangrid serves 873,000 electricity customers and 259,000 natural gas customers across more than 40% of upstate New York.

New York State Electric and Gas (NYSEG) is an electric and gas utility company owned by Avangrid that serves customers in New York. NYSEG was incorporated in 1852 as the Ithaca Gas Light Company. Since then, the corporation went through various mergers and buyouts that combined about 200 utility companies under the name NYSEG. In 1975 the NYSEG became an 18% partner in the Niagara Mohawk Power Corporation’s Nine Mile Point nuclear plant, and in the 1980s NYSEG completed a series of hydroelectric power plants. In 2008 NYSEG became part of Iberdrola, when Iberdrola purchased Energy East.