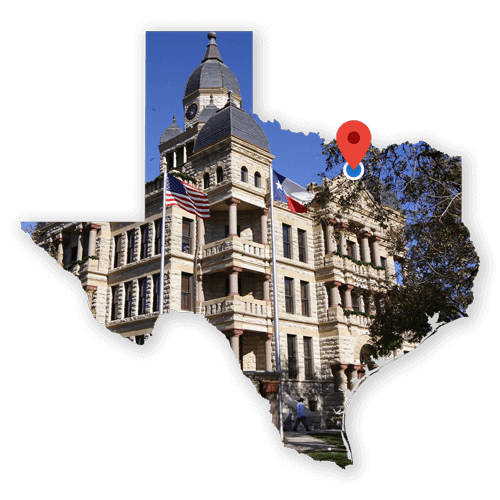 Unlike most other cities in Texas, Denton has a municipal entity that manages the electricity supply for its businesses and residents called Denton Municipal Electric (DME). If you are looking for information about new or existing services in Denton you should contact DME. If you are in area outside of the DME service map you can compare electric rates here.

Energy facts for Texas from the U.S. Energy Information Administration:

In 2002, the Texas legislature approved energy deregulation – paving the way for a competitive energy market. As a deregulated electricity market, the state’s retail energy companies would need to compete - against each other - for the millions of Texas residential and business customers. The goal of a deregulated, or competitive energy market, is to give the power to choose to the consumer – which forced Denton electricity providers to be more efficient and lower costs – and offer improved customer service and lower rates to their customers. Going forward, the home and business customers of energy suppliers would have the ability to switch to a new energy provider (at the end of each contract) to maintain the advantage of the deregulated market.

For small and medium sized businesses to larger corporations, the deregulated market in Texas has flourished in the new era of competition. Today, most home and business can compare energy plans from top energy suppliers and shop for the best rate available – and then make the switch.

In an analysis of the energy data, most businesses can effectively reduce their monthly electricity costs by pro-actively researching providers and switching energy plans every 12 to 24 months.

If you are a business in the energy market of Denton Texas, you are served by Denton Municipal Electric that is owned by the residents of Denton. Therefore, unlike many other areas of Texas you do not have the opportunity to choose your electricity supplier.

Electricity choice has been very  successful across much of Texas with almost 6 million accounts eligible to select a Retail Energy Provider (REP) to serve their home and business electricity.  With many REPs to pick from in most markets, customers are offered a variety of rate plan choices. With such intense competition, REPs are forced to offer highly competitive rates and to be very responsive to customer needs in order to win customers.

But for businesses in Denton, your electricity is served by Denton Municipal Electric. Should you have needs for commercial electricity service outside of Denton, we hope you will consider using EnergyBot to help you find the best electricity supplier and plan to meet your business’ needs.

For businesses in competitive service areas across Texas outside of Denton, researching energy rates and switching to a new electricity plan can be time-consuming and frustrating. EnergyBot is built to make energy simple and help businesses find the best electricity rate quickly and easily.

Along with saving time, EnergyBot also helps businesses outside of Denton cut energy costs by 15%. As a pure online company, we eliminate the costly overhead fees and sales commissions that are associated with third party energy brokers. The days of paying too much for electricity are over. EnergyBot is committed to giving Texas businesses a real choice.

Renewable energy plans are becoming more popular across the US and Texas. Because Denton is served by Denton Municipal Electric businesses in Denton are not able to pick a renewable energy plan from other retail energy providers that serve other competitive service areas across Texas.

If your business has electricity needs outside of Denton, you can use EnergyBot to find a competitive supplier and plan. Through our trusted partnerships with leading national energy suppliers, EnergyBot can also help businesses switch to a green energy plan and support a more sustainable business practice.

Finding a new electricity provider in Denton is simple with EnergyBot. Follow these simple steps to get the lowest electricity rate in Denton.

Enter your zip code at the top of this page and you can quickly see plans from the top Denton electric companies. For even better pricing use our data linking tool to pull in your historic usage from your utility.

Denton energy providers offer rates and plans with a range of options and terms. While you will see many types of plans for the most part they are in two categories: fixed-rate and variable rate.

How much is electricity in Denton? Rates updated daily

After the construction of Dallas/Fort Worth International Airport finished in 1974, the city had more rapid growth; as of 2011, Denton was the seventh-fastest growing city with a population over 100,000 in the country.

Located on the far north end of the Dallas–Fort Worth metroplex in North Texas on Interstate 35, Denton is known for its active music life; the North Texas State Fair and Rodeo, Denton Arts and Jazz Festival, and 35 Denton Music Festival attract over 300,000 people to the city each year. The city experiences hot, humid summers and relatively few extreme weather events.

With over 45,000 students enrolled at the two universities located within its city limits, Denton is often characterized as a college town. As a result of the universities' growth, educational services play a large role in Denton’s economy.

Texas Woman's University (TWU) is a public university in Denton with two health science center branches in Dallas and Houston. Founded in 1901, the university enrolls more than 13,000 undergraduates and graduates. Men have been admitted to TWU since 1972 but make up less than ten percent of the university. TWU's College of Nursing is the second largest in Texas and in the top 20 of largest nursing programs in the United States, and the school's nursing doctoral program is the largest in the world.

Denton is home to several annual artistic and cultural events that cater to residents and tourists. The annual North Texas State Fair and Rodeo began in 1928 in Denton and promotes the cowboy culture of Texas. In addition to a rodeo, the event features several local country rock performances, pageants, and food contests.

The 2.7 million small businesses in the state of Texas employ over 4.74 million people and added nearly 95,000 net new jobs, according to the latest SBA Small Business Profile. The economic growth in Texas has remained strong as the unemployment rate dropped from 4.1% to 3.8% in 2019.

Denton has a vibrant economy driven by educational services, health and social services, manufacturing, and general retail sectors employing over 20,000 people in Denton. The city of Denton’s three largest educational institutions, including the University of North Texas, Denton Independent School District, and Texas Woman's University, are the largest employers, employing almost 12,000 people. The University of North Texas is the largest employer in the city, with 7,764 employees comprising 12.59% of the workforce. The City of Denton also employs more than 1,334 people. Wholesale trade and hospitality jobs also play major roles.